Studio L A is an architecture studio founded by architects Lorien Beijaert and Arna Mačkić.

For L A, the practice of architecture is a device through which to investigate societal issues, phenomena and narratives, and to place them in renewed perspectives. Their projects often relate to inclusion and exclusion mechanisms, refugees, collective identity and public domain. Self-initiated projects, spatial interventions, writing, curating and public speaking are part of L A’s working method in order to move towards a more inclusive architecture and new forms of public domain. Their spatial designs do not aspire to be off-the-shelf structures, but are allowed to cause friction.

Studio L A has won several awards, including the Dutch Design Award 2014, Best Dutch Book Design 2014 and the Maaskant Prize for young Architects 2017:

‘The jury awards Studio L A with the Maaskant Prize for Young Architects 2017 for their quest for an ‘inclusive architecture’ and new forms of public domain. L A does not only design, they also conveys their ideas through writing and public speaking. They are a connecting voice, healing the wounds of the past without brushing away its scars.’

Studio L A teaches at several academies in The Netherlands, such as the Academy of Architecture in Amsterdam and Rotterdam. From 2016 till 2019 Studio L A has been connected to the Architectural Design department at the Gerrit Rietveld Academy in Amsterdam. Arna Mačkić as head of the department and Lorien Beijaert as tutor. Since September 2019 Arna is member of the supervisory board of the Jan van Eyck Academy.

In 2020 Frederick Mansell and Laurens Samson made a documentary for BNN VARA about Studio L A’s working method. This can be viewed on 2Doc. 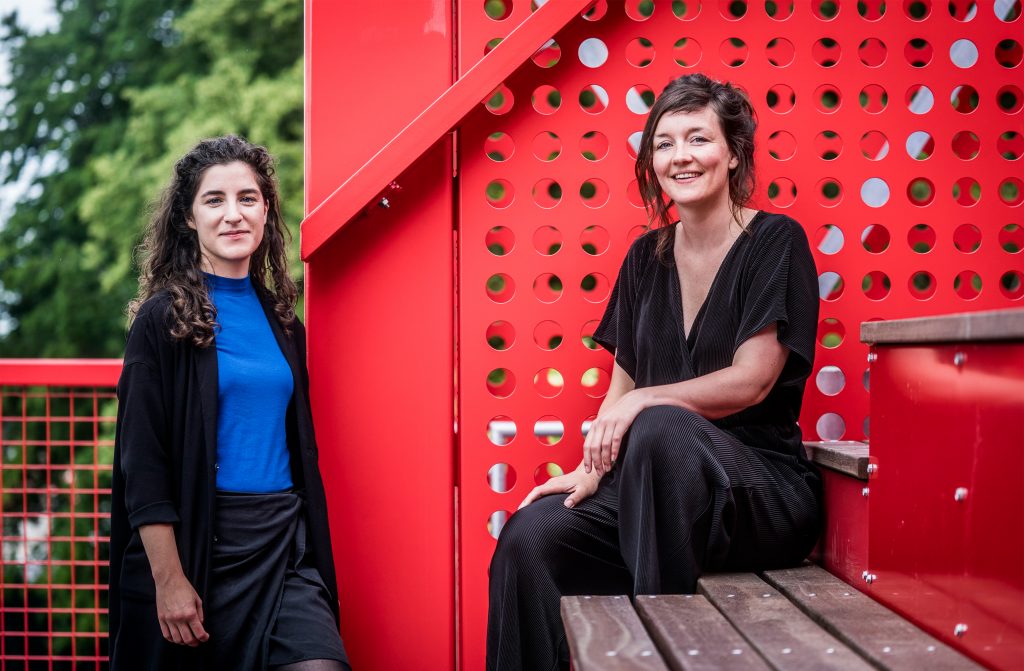